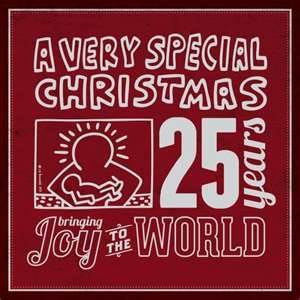 “A Very Special Christmas:  25 Years of Bringing Joy to the World” is an in-depth look at the people and moments that have made the series such an astronomical success including interviews with Jimmy and Vicki Iovine, who produced and conceived the first album in 1987, as well as members of the Shriver family – Maria, Tim, Bobby and the late Eunice Kennedy Shriver – who founded Special Olympics in 1968.

“We are extremely proud to be the network home of this extraordinary documentary, which weaves together the inspirational stories of Special Olympics and the ‘A Very Special Christmas’ album series–the most successful continuous charity effort in the history of the music industry,” said GMC TV Vice Chairman Brad Siegel.  “From the opening note, audiences will be mesmerized by the show-stopping performances from a who’s who in the music world and inspired by the extraordinary efforts of the athletes. I’m sure viewers will find ‘A Very Special Christmas’ to be the most unique, inspiring and fun Christmas special of the year.”

Added Tim Shriver, Special Olympics Chairman of the Board and CEO: “Over the past 25 years, seven ‘A Very Special Christmas’ albums have generated over $109 million in royalties and investment proceeds for Special Olympics and its athletes, making it one of our largest single sources of funding. We are extremely excited that GMC TV is telling the story of this remarkable effort that has changed lives and celebrates the music and musicians that have made it all possible.”

“A Very Special Christmas:  25 Years of Bringing Joy to the World” also features an exclusive performance by platinum recording artist Jordin Sparks performing the Christmas classic, “Do You Hear What I Hear?” backed by a choir. “I grew up listening to the ‘A Very Special Christmas’ albums, which always include some of my all-time favorite artists singing the Christmas songs I love,” said Sparks. “I’m truly thrilled to be a part of this anniversary celebration and to support Special Olympics.”

“I am deeply honored to serve as host for this delightful musical special chronicling 25 years of ‘A Very Special Christmas,'” said Vanessa Williams. “I am very passionate about Special Olympics and have had the pleasure of recording songs for two of the albums, including one recorded live at the White House, which remains a highlight of my career.”

Created by Jimmy and Vicki Iovine and Bobby Shriver, along with Herb Alpert and Jerry Moss, the “A Very Special Christmas” series has brought together top musical artists, who donated their time and talent, as well as publishers and record labels, which gave their consent and waived royalties. Bruce Springsteen, John Mellencamp, Sting, Run-DMC, Madonna, Jon Bon Jovi, Sheryl Crow, Wyclef Jean, Stevie Wonder, Tom Petty, Mary J. Blige, Eric Clapton and Tracy Chapman are just a few of the artists who have recorded songs for the series, including, music videos and three television specials filmed in Los Angeles and at the White House in Washington, DC.

Recalling the time in 1987 when U2 was first approached to participate in the original “A Very Special Christmas” album, Bono said: “When Jimmy Iovine came to us with this idea and I discovered the kind of people who were at the heart of the project, I knew it was something we couldn’t turn down.”

GMC TV (www.watchgmctv.com) is America’s favorite network for uplifting music and family entertainment. The Parents Television Council (TM) has twice awarded its Entertainment Seal of Approval(TM) to GMC TV for being “an authentic family-friendly cable network.” The network presents original and acquired movies, series, stage plays and music specials.  GMC TV also provides gMovies, the first faith-friendly streaming movie service. The GMC TV brand is reflected in “Uplift Someone,” the network’s successful pro-social initiative.    GMC TV can be seen in more than 58 million homes on various cable systems around the country, as well as DISH Network on channel 188, DIRECTV on channel 338 and Verizon FiOS on channel 224. Follow GMC TV on Facebook and Twitter athttp://facebook.com/gmctv and http://twitter.com/gmctv.