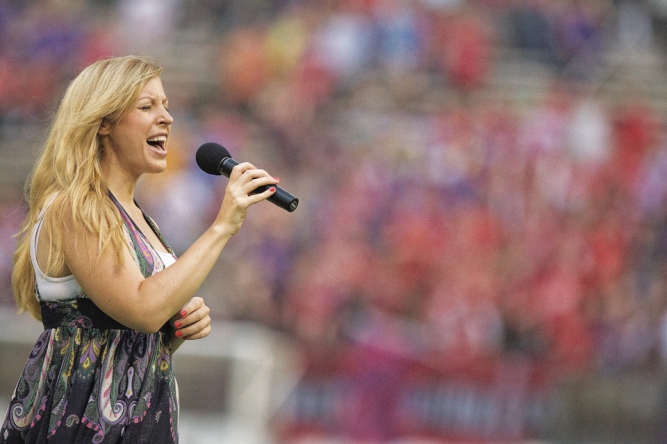 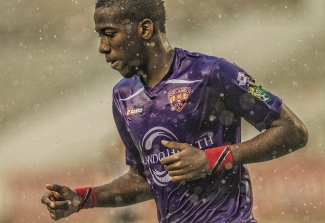 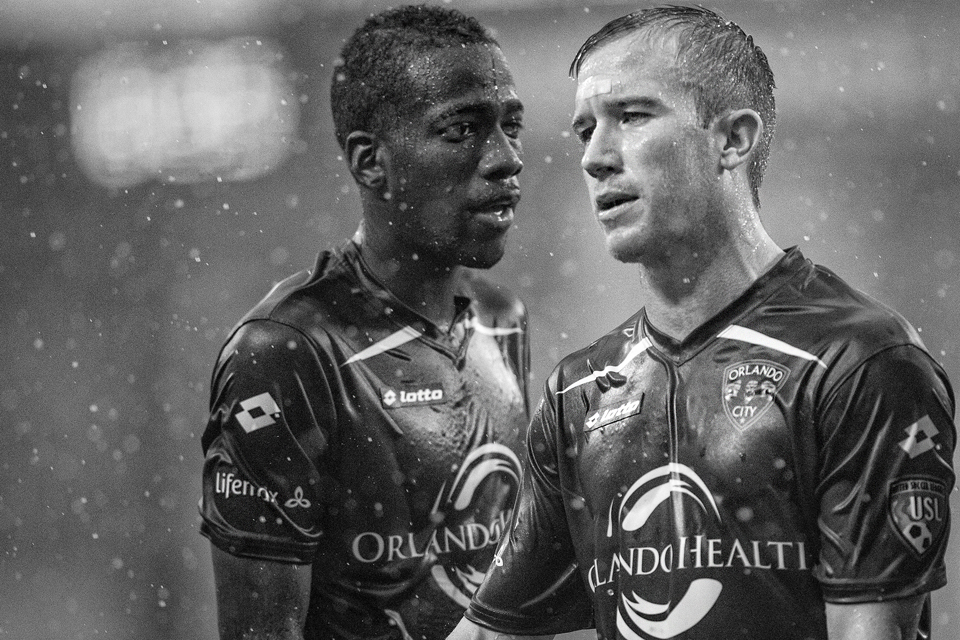 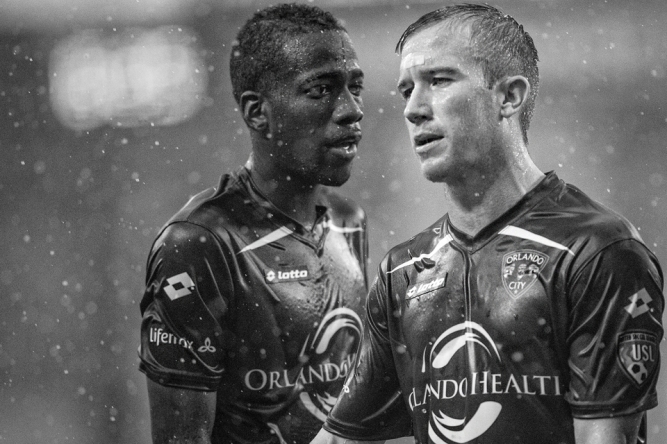 Orlando, Fla.—Orlando began their home schedule in winning style Sunday night, topping the visiting Rochester Rhinos 2-0 at Fifth Third Bank Field at the Florida Citrus Bowl. The Lions (2-1-0) and Rhinos (0-2-0) had to withstand a combined two hours of stoppage due to severe weather in the area as Orlando took home their second win of the young 2013 USL PRO season.

“I was confident that if we scored the first goal we’d be ok,” said Orlando City Head Coach Adrian Heath. “I love playing in the rain because the pace of the game picks up, so besides the wind I thought the conditions were fine.”

A steady rain came down on the field at the start of the game, making for a fast-paced match between the two clubs. In the 13th minute, Orlando got their first scoring chance of the game as Sporting KC and Orlando City Forward Dom Dwyer found 2012 USL PRO MVP Kevin Molino behind the Rochester backline.

Molino’s effort went off the right post after Rhino Goalkeeper Kristian Nicht was lured out of his box due to the danger, with the pressure from Orlando continuing through the beginning of the first half.

But as the rain continued and thunderclouds began to roll in, the match was postponed due to severe weather in the area in the 21st minute. The break lasted a total of 56 minutes, with the match resuming at 7:24 p.m. only to be postponed again minutes later. The game finally got underway at 8:30 p.m., totalling close to a two-hour delay.

When play finally resumed, Orlando continued their strong pace of passing and possession. Midfielder Jamie Watson nearly capitalized on a chance in the 37th minute, finding an open lane just outside the 18-yard mark with his attempt just missing the far post. The attacking continued, with it paying off for the Lions in stoppage time of the first 45. After Kevin Molino followed up an attempt from Dwyer, Tan found the rebound – blasting his attempt past Nicht for the 1-0 lead.

The Lions didn’t let up in the beginning of the second half, jumping on the Rochester backline to score the second goal of the game. Winger Bryan Burke placed a well-played cross to a charging Dom Dwyer in the 47th minute, who easily slotted home his second goal of the season to give Orlando the 2-0 advantage.

Watson continued the scoring for Orlando in the 62nd minute, cleaning up a loose ball in the Rhinos’ box for the 3-0 advantage. Rochester scored in the 90th minute of play as Forward Blake Brettschneider lofted his shot up and over Orlando Goalkeeper Jon Kempin. The score was too little, too late, however, with the Lions taking home the victory 3-1.

Orlando continues home play this Friday, April 19th, against the LA Blues. Orlando has already played the California-based squad this season, falling 1-0 on the road in Fullerton, Calif. Blues’ Forward George Davis scored the lone goal in the 80th minute for LA, propelling them to the home win. The Lions are 2-1-1 all time against the Blues in four meetings between the two clubs.

For more information on the Friday’s match, visit Orlandocitysoccer.com.

Orlando City Soccer Club (OCSC) is a premier professional soccer sports franchise in the United States and is a member of the USL PRO. The Lion’s pro team has won two regular season titles and one postseason championship during their short time in Orlando. Outside of the pro squad, OCSC also has their own youth club, Orlando City Youth Soccer (OCYS) and a U23s team that participates in the PDL. For more information on the pro and youth clubs, visit www.orlandocitysoccer.com and www.orlandocityyouth.org.