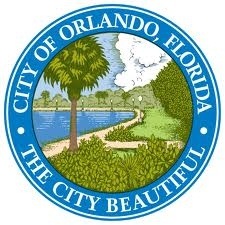 Dear Brazilian friends, good afternoon. It was a pleasure to spend time with all of you at the Breakfast and/or Business After Hours of the Brazilian Chamber of Commerce. I encourage you to join me to call Florida House and Senate to pass a sales tax rebate legislation that will help us to build a new soccer stadium and compete to obtain a Major League Soccer franchise. Please, read the letter below.

Due to the rapid growth in soccer’s popularity, MLS has publically announced expansion of their league with a desire to have a team located in Orlando. MLS’s possible expansion into Florida will depend on the selected cities being able to build soccer-ready stadiums for their expansion team. To help fund a soccer-ready stadium, the City is seeking legislation from the State of Florida that would provide a sales tax rebate for the stadium. This funding is no different than what is currently offered to all other major league sports teams in Florida.

There are only seven days left in the 2013 session in Tallahassee, but legislation to give MLS equal standing with the other professional sports leagues in Florida is currently stalled in the Florida House of Representatives.

If legislation does not get passed this year it is likely MLS will choose to locate their expansion team in Atlanta rather than in Orlando. This means Orlando and the entire State of Florida will lose the opportunity to create new jobs, generate additional international travel, especially from Brazil, and highlight Florida to the millions of international fans that make soccer the most popular sport in the world.

We need YOU, along with your co-workers, friends and family, to help break through the logjam. Below is information on how to contact Speaker Weatherford’s office along with additional background on the impact Major League Soccer would have here in Orlando and across our region and state.

HERE’S HOW YOU CAN HELP – PLEASE TAKE THIS ACTION NOW OR FIRST THING TOMORROW!

WHY MAJOR LEAGUE SOCCER?
In the past decade, Major League Soccer (MLS) has quickly surpassed other professional sports in popularity, boasting higher attendance than both the NBA and NHL – and surprisingly MLS doesn’t have any teams in the Southeast region of the country.
Orlando and Florida are competing for an expansion team with cities like New York, Atlanta, Washington D.C., and Minneapolis.
Flavio Augusto da Silva, a Brazilian businessman, recently acquired the majority ownership interest in Orlando City Soccer and is looking to bring thousands of international soccer fans and their economic impact to Central Florida’s front door. This also positions Orlando to become the U.S. soccer destination for all Latino soccer fans.
The hospitality industry remains the backbone of Central Florida’s economy and international travel is critical to ensuring the economic growth of Central Florida. Take for example, in 2009, when TAM airlines added a direct flight from Saó Paulo, Brazil to Orlando, the Mall at Millenia and the Prime Outlet Malls immediately saw double digit increases in sales.
We have the rare opportunity for a second major league professional sports franchise to call Orlando home and if we don’t seize this opportunity now we could lose it forever.

ABOUT THE LEGISLATION:
The primary bill being discussed is Senate Bill 306, relating to economic development – though other bills in both chambers propose various development incentives for professional sports development in Florida.
The legislation would treat MLS like all other professional sports leagues for purposes of a sales tax rebate to help finance the construction of a soccer-specific stadium in downtown Orlando.
The sales tax rebate comes from new sales tax revenues generated by the new stadium – it does not redirect existing sales tax revenues.
The legislation being proposed adds new accountability measures to the existing rebate program.
This new legislation ensures that the economic activity promised is actually achieved.
Thank you,

“To strengthen the commitment of the City of Orlando with its diverse, multicultural community by building strong communication bonds between its residents, businesses and community organizations to accomplish a collective collaboration and enhancement of the citizens’ quality of life.”

If you do not want your email address released in response
to a public records request, do not send electronic mail to
this office. Instead, contact our office by phone or in writing.
Time