The Citizens Council of Florida met in Orlando with Community Leaders.
A Brief History of the Council.

The Council was inaugurated on September 13th of 2013,  it is informal, apolitical and created to counsel and advice  the Brazilian Government.

In accordance with the Rules of the Consular  Legal Department , the Citizens Council aims to: bring the Brazilian Consulate – General close  to the Community ; plan and implement projects to benefit the local community ; allow the exchange of ideas and information gathered, by the Consulate – General, on the needs, problems and interests of the Brazilian community in Florida in order to enhance the provision of consular services, among others.


Leaders have  a term of two years, renewable for the same period, and were called because of their representations and their work developed in the Brazilian community in its jurisdiction .

The Executive Secretary of the Board is the President of Brazil International Foundation Aloysio Vasconcellos , who shall be assisted in the exercise of his functions , the Director of the Portuguese program at Florida International University, Professor Augusta Vono. Also elected, the  Director of the Brazilian Network of Florida, Silair Almeida, representing the Citizens Council in the new Council of Representatives of Brazilians Abroad ( CRBE ).

The meeting in Orlando was conducted in the Rotary Club Brazil Orlando Office, and it had the main purpose of meet and cause awareness about the Council’s mission and purpose.  The most important  aspect of this meeting was to make it clear that both The Consulate and the Council want to facilitate the interaction between the Brazilian Community and them, in order to present solutions to many of the problems that Brazilian Citizens have and find it difficult to solve.

The dynamic between Brazilian citizens and government entities abroad, needed a mediator and that is what will happen starting with the mapping and all data they will be doing in order to get closer from many Brazilian citizens that are residents in The State of Florida and need a better representation. Brazilians are in favor of a representation that will really bring their questions to the table and will try to solve them without a political agenda.

The choice to bring some community leaders to the council, gives a re-enforcement to the theory that these leaders will be able to fight for their community. The Itamaraty (Ministery of External Affairs for the Brazilian Government) Jurisprudence, decided that the presence of leaders from Miami and Orlando in the Council was of extreme importance due to the urgency of this project. For more than 20 years now, Brazilians come to the USA and many times their needs are not met for, lack of communication, information and even excessive distance to make it viable a visit  to the Consulate. This must change, as also the presence of the Consulate in Orlando. It is already predicted by law, but it must be approved by the Brazilian Senate, and this may take some time, unless the people put pressure on the issue. There are a lot of Brazilian Citizens in Orlando and their voice must be heard on the matter. The Council was able to bring the Brazilian Presidential Elections to voters in Orlando that no longer will have to travel to Miami to vote.

This was a great step and the council was heard. it is important also to mention that not all Countries give their people a representation other than a Consulate or Embassy to their people, Brazil is a pioneer in this type of initiative, and we must recognize that. The Council meetings are every two months, at the Consulate of Miami and also in Orlando. 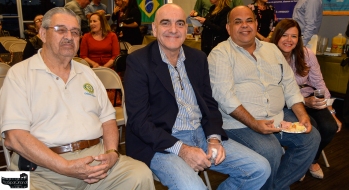 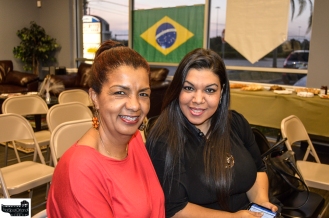