Orlando, Fla. – In honor of his 10 years with the Orlando Magic, the organization has placed two billboards in Orlando to thank Jameer Nelson for a decade of legendary moments. The billboards are located at the SR 408 and Kirkman exchange and on I-4 just south of downtown Orlando between the Michigan Ave. and Orange Blossom Trail exits. 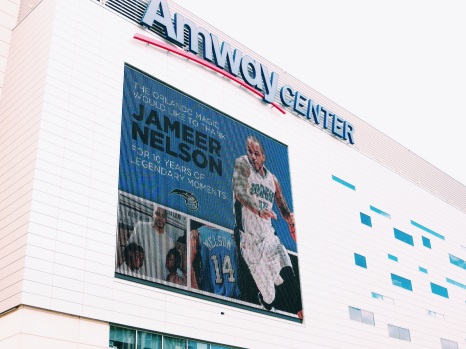 The Magic have also dedicated the home page of OrlandoMagic.com to the guard, which can be found at this link: http://www.nba.com/magic/thankyou-jameer-nelson, and the outside of the Amway Center has also donned the same “thank you” messaging (in photo link below).