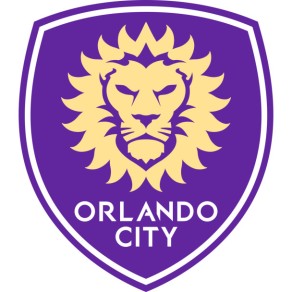 City Falls 1-0 to Rochester Rhinos on the Road

“I’m very disappointed in the result and the performance today,” said Head Coach Adrian Heath. “I thought the attitude of the players was a little bit better in the second half but it wasn’t enough to get the job done.”

With both sides at the top of the USL PRO in goals allowed, the opening portion of the first half featured a very slow and defensive tempo as the home side held the majority of the possession.

The first attempt on goal for Orlando came in the 13th minute when Ceren employed a short-corner to find Mbengue on the edge of the area. Mbengue’s ensuing effort was a low and driven strike, but the Rhinos’ defense was able to deflect it wide. Shortly afterward, Molino followed up on Mbengue’s chance when he got past his marker in the midfield and played a quality ball to Span. The F.C. Dallas loanee took a good touch to get the ball in front of him but his final shot was high and wide, as Orlando began increasing its intensity on the attacking end.

In the 19th minute, Rochester’s best chance of the half came from former Orlando City Midfielder and Stetson University alum Jonny Mendoza. After a clever flick-on for a one-two with Rosenlund, Mendoza fired a powerful strike that barely missed the near post. Gallardo appeared to have the near-post covered but Mendoza’s chance was encouraging for Rochester nonetheless.

In the 31st minute Rochester found the back of the net after a defensive miscue by the Lions. City turned the ball over in the midfield when numerous players were pushed up the pitch, allowing the Rhinos to counter quickly. Levi Houapeu found fellow striker Colin Rolfe for the first goal of the match.

The goal came after a stroke of luck, as Valentino blocked Houapeu’s pass to Rolfe twice before the ball finally made its way to the forward who struck it into the top corner, leaving Gallardo with very little chance of making a save.

Ceren came close to equalizing two minutes later when Mbengue was brought down in a dangerous area directly outside of the box. The El Salvadorian’s ensuing free-kick was a curling effort that looked destined for the back of the net, but McCarthy was able to get down quickly and parry it wide for a corner.

The first half ended with 1-0 with the Rhinos out-shooting the Lions 4-3. City had five corners in the first 45, as opposed to Rochester who failed to produce any corner-kicks.

The second half opened up with Rochester continuing to fire at the net when Houapeu volleyed a cross on target in the 50th minute. Houapeu connected well with the ball, resulting a solid strike, but Gallardo was in a good position to make a comfortable save.

With Rochester maintaining the narrow 1-0 advantage, the Rhinos shifted further backward to bunker in behind the ball. Orlando was in control of the possession but could only muster half-chances as they attempted to salvage their perfect season with limited time left in the match.

Gentile had a good opportunity in the 80th minute to level the score-line after going on a dangerous 30 yard run that put the Rhinos’ backline on their heels. After venturing into the box, the former Chicago Fire forward cut to his right to create space for a shot but dragged his effort wide of the frame.

As time continued to dwindle, Rochester Manager Bob Lilley brought on additional defensive reinforcements, shifting to a 5-4-1. Despite City placing more emphasis in the final third, the New York based club’s heavy defending ultimately kept the Lions off the score-sheet, giving the Rhinos its first-ever win against Orlando.

The Lions will return home for a fixture on August 2 against the Charlotte Eagles. Kick-off is set for 7:30 p.m. EST at ESPN Wide World of Sports.