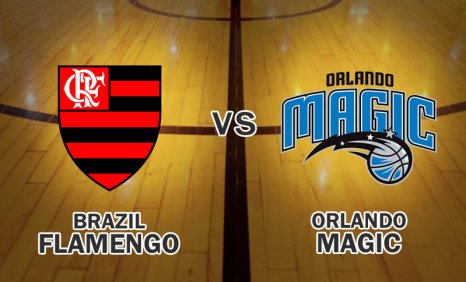 The broadcast will provide Magic fans with their first look at the 2014-15 edition of the Orlando Magic, a young, versatile, athletic squad which features 10 players under the age of 25.  Said Head Coach Jacque Vaughn, “From a coaching standpoint and organizational standpoint, we’re extremely excited about the depth and talent on this roster. These guys started playing basketball because they love competition. We’re keeping things simple: We want them to love the game of basketball and compete as hard as they can every single day.”

Winners of the Brazilian National League Title, the FIBA Americas League Continental Title, and their 40th ‘State’ championship, Rio de Janeiro Flamengo will be the first South American squad to face a NBA opponent as part of a preseason exhibition this season.