The two below play in Orlando on Saturday

FROM 37 COUNTRIES AND TERRITORIES

Canada leads the way with a record 12 international players, including the number one overall pick in each of the last two NBA Drafts.  France comes in second with 10 NBA players, while Australia and Brazil set new records for NBA participation with eight and seven players respectively.  Spain rounds out the top five with five players.

NBA games and programming are available in 215 countries and territories in 47 languages this season.

Below please find the full list of international players on opening day 2014-15 rosters (active and inactive): 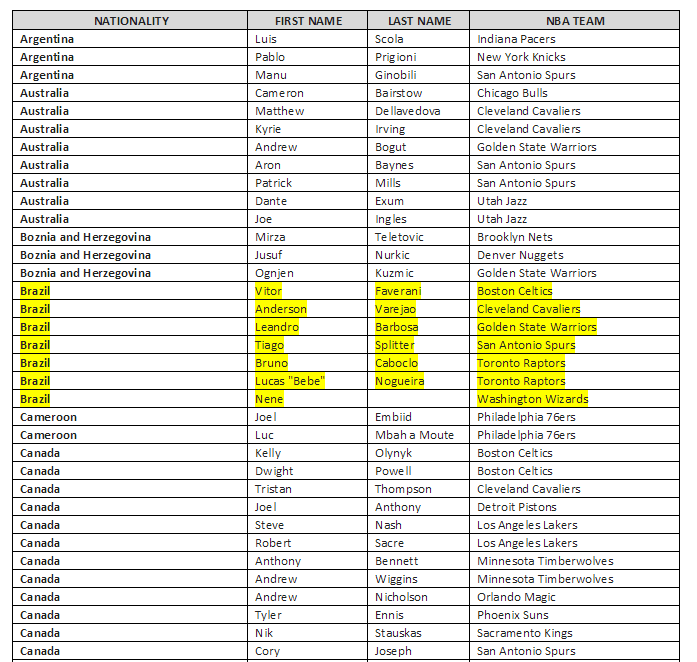 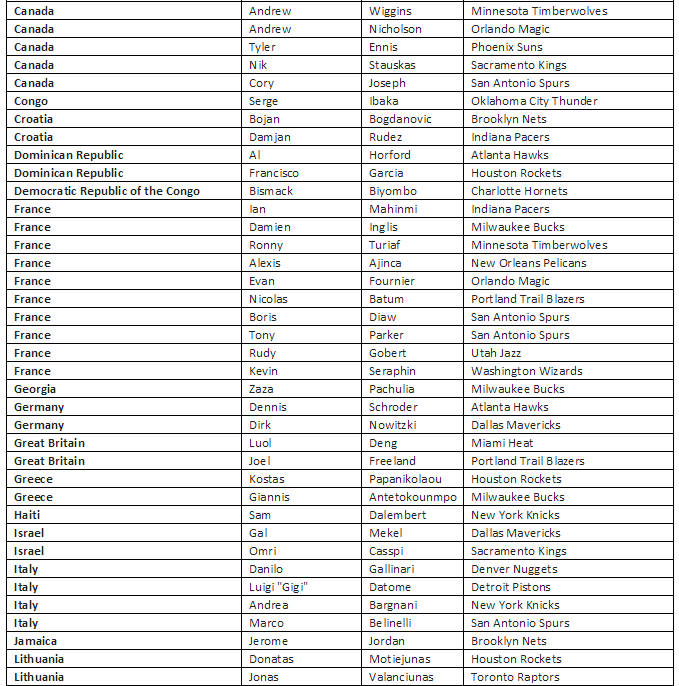