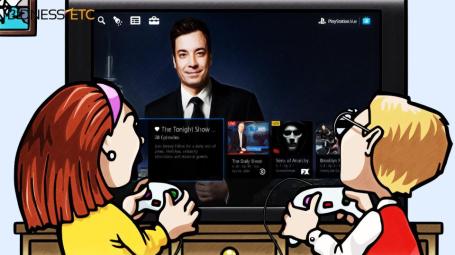 “The TV experience needs a revolution and PlayStation Vue changes the rules by embracing how today’s viewers want to discover and enjoy content,” said Andrew House, President and Global CEO of Sony Computer Entertainment Inc. and Group Executive in charge of the Network Entertainment Business. “PlayStation Vue modernizes the TV viewing experience, taking the best of live TV and on-demand content and bringing it to the PlayStation ecosystem in a way that gives control back to viewers and enables them to spend more time watching their favorite programs and less time channel surfing using outdated menus.”

PlayStation Vue puts viewers in control of their experience by enabling them to watch the shows, sports, and movies they love how and when they want – live, DVR, and on-demand. Features include:

— Live TV – Watch all channels live and see what is trending.
— Personalization – PlayStation Vue enables users to bring their favorite
channels and shows to the forefront of their experience.
— Cloud DVR – Easily tag shows to watch later with the service’s powerful
DVR feature. Every episode aired thereafter will be available for up to
28 days in the cloud with no storage limit or scheduling conflicts to
manage.
— Discovery – Innovative Explore, Search and Guide features provide
immediate access to the content viewers want, enabling them to watch
more and search less.
The Best Content on TV

PlayStation Vue will offer live and on-demand content from more than 85 channels at launch, including many local broadcast stations. These include the following networks and channels:

No Long-term Commitments, No Hidden Fees

PlayStation Vue is simplifying the subscription TV experience with fair and competitive pricing that doesn’t require a long-term commitment. Packages now available include the following:

The Access package costs $49.99 per month and includes broadcast networks like CBS, FOX, and NBC as well as more than 45 of the most popular channels such as Discovery Channel , FX, Fox News Channel, USA Network, Food Network, TNT, Nickelodeon and AMC (available next month).

The Elite package costs $69.99 per month and includes all the channels in the Access and Core packages as well as more than 25 lifestyle, music and family channels.

Where to Get PlayStation Vue